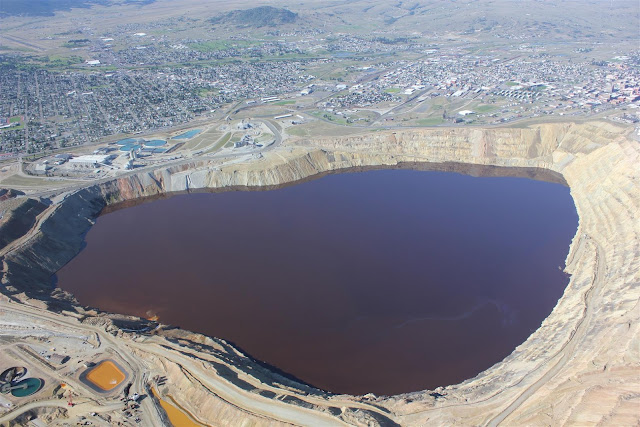 In 1995 a flock of 342 migrating snow geese landed on the water, and all died....
Later, scientists discovered micro organisms living in this toxic water.
Those microbes not only survive in that environment, but they also have an amazing ability to capture and precipitate those heavy metals,
so they're being developed further to try to clean up such messes.
But the clincher to the story is
the only other place in the world where those organisms have been found
is in the poop of snow geese......
So, if the geese hadn't landed there???