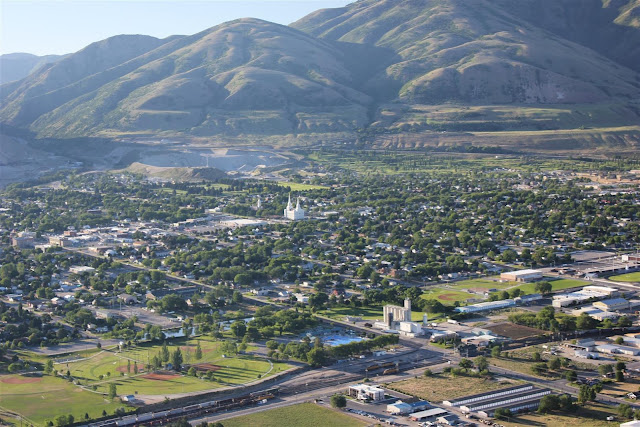 
This '91 Ford van with a 302 engine was a good camper, and OK for towing in flat country,
but was struggling up all those high passes in the mountains,
and there are a lot of BIG mountains in that part of the USA.... 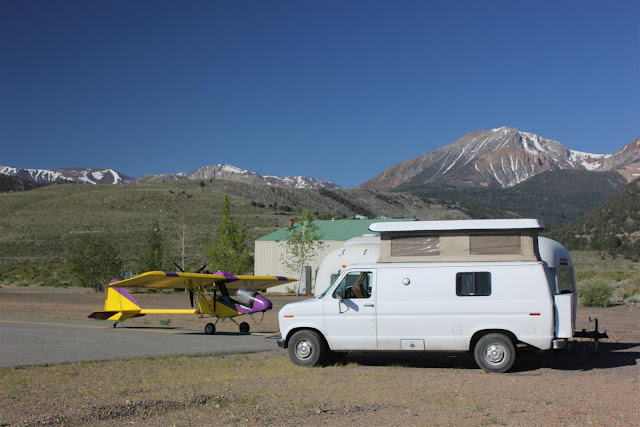 So, in Salt Lake City I traded up to this 1999 Ford F250 with a 7.3 litre turbo diesel.
It also had a Banks power chip and exhaust brake,
so ideal for towing up any mountain. 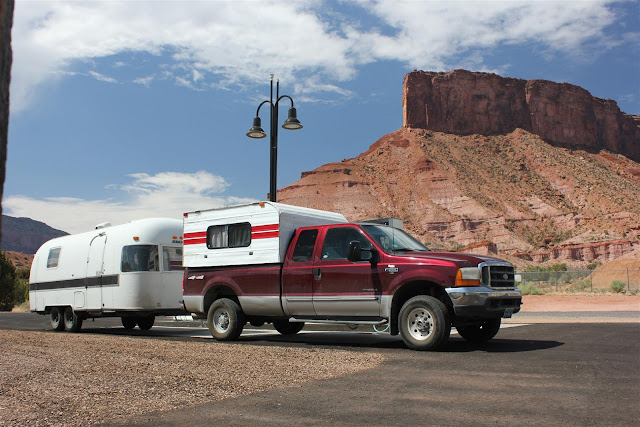 But, anytime you have to deal with used car salesmen, that becomes an 'adventure' in itself, so I 'd put it off as long as I could.  I'm not smart enough to win in those dealings, so was dreading it.....  But finally decided that it would have to be done before the van got a hernia from all that hard work, and Salt Lake City would be as good a place as any.  SLC has a really good online classified service, with lots of vehicles listed, so started shopping.....  Found a 1999 F250 with manual transmission and only 162,892 miles for $7000, so went to have a look.

I wasn't satisfied with the usual test drive in the city cause I wanted to feel how it would handle real work on the road.  So the sales man agreed to letting me take up the pass over the Wasatch Mts, right next to the city.  Of course it just blasted up the range, running cool and easy.  But on the way down, the transmission gave a growl and locked into 4th gear.  I nursed it the rest of the way down, then in the city it gave an almighty CRUNCH and locked up altogether!  So the transmission was nothing but scrap metal now......  So I'm sure glad that I did this extra road test and had it fail now, rather than a week later after I'd paid in full and was out on the road somewhere.....  But his now provided a possible opportunity.....  The truck was generally in good condition and just what I wanted, and the engine sounded real good.  And this now put the salesman in an awkward situation because he now had a vehicle that he couldn't just patch up and dump in the auctions - he would have to spend serious money on it, and small car lots don't like to spend such money on vehicles......  So we made a deal whereby I'd buy it as is, at a price that I could have the best transmission shop in town install a new gearbox and clutch.  But all this took a couple of weeks of precious time that I could have been on the road....

Finally got on the road again, and curious to find out what the fuel mileage would be, so filled the tank and recorded the odometer at 163,892, and then drove to Boise ID.  Filled up again and had a look at the odometer, and it still read 163,892!  On the test drives I hadn't noticed that the numbers weren't turning over.....   The speedometer was working, but not the odometer, so the problem would be mechanical inside, and raised the suspicion that a gear had been stripped when someone was trying to wind back the odometer......  Then even more suspicious when I found an oil change sticker that was marked 293,xxx......  Then I noticed that the bill of sale actually stated 293,493 miles, even tho it had been advertised as 163,892 and the dealer never mentioned the difference....  Very cunning that guy; he protected himself by stating the true mileage on the paperwork, but managed to give the impression all through that it was much less....  So I can only conclude that he knew the odometer had been rolled back, and was probably done by his prep mechanic.....  But I guess that’s not a surprise when dealing with such car lots.....  Now I can see how cunning he was, in advertising it at a 300,000 mile price for a supposedly 160,000 mile vehicle – so he can’t be blamed for overcharging, but it makes for a quick sale....   But not all that bad, cause the price I paid was about right for a really tidy 293,000 mile truck, and that’s not worn out for those trucks.  Then I did another 20,000 miles up and down some very BIG mountains, across the country coast to coast, with no problems at all.  It never even noticed the trailer was on tow.....  A very enjoyable driving experience to have that much solid power!

Posted with Blogsy
Posted by John Gilpin at 7:52 AM